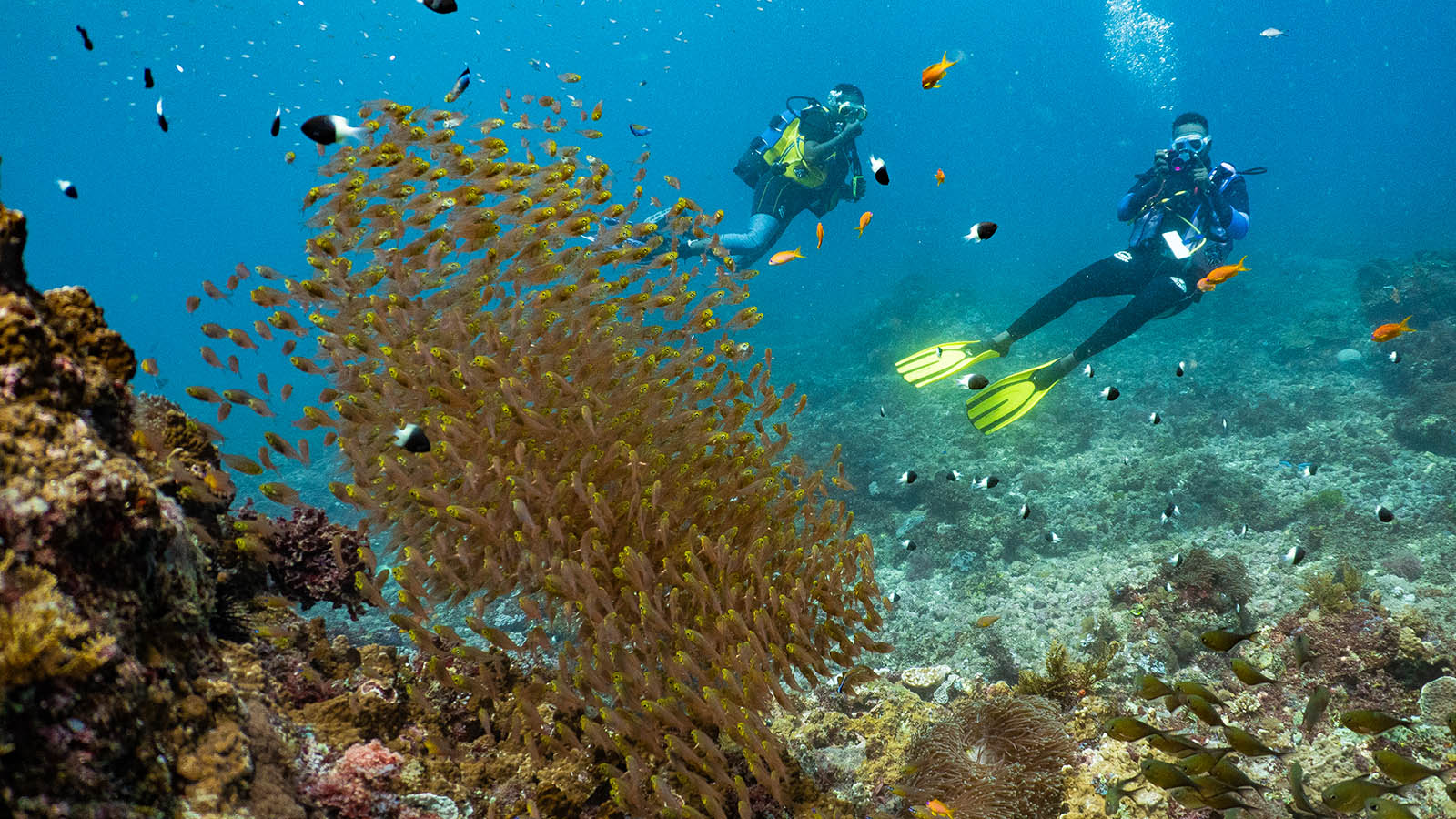 Kisima Mungu is rich with hundreds of miles of colourful corals both soft and hard. Its beautiful coral heads of considerable size, house all kinds of marine life. One, in particular, is known as the cleaning station. Glass and Damselfish surround our cleaning station in extensively large schools, giving divers an exhilarating feeling as they pass through. Adjacent to the cleaning station are a couple of Stone Fish concealed well in the sand, followed by Lionfish and Scorpionfish which tend to park themselves on top of the Leaf Fish.

Slightly out of sight but still visible, is our newest resident the White Tip Reef Shark. It sits around 20m and typically found resting inside its cave.

Kisima is a beautiful lengthy reef with endless amounts of sprightly Sting Rays, ravenous Turtles and several far-reaching schools of fish. Rare species such as the Indian Walkman and Weedy Scorpionfish have been sighted but it takes the eyes of a hawk to find them.

Top Christmas tips for You!