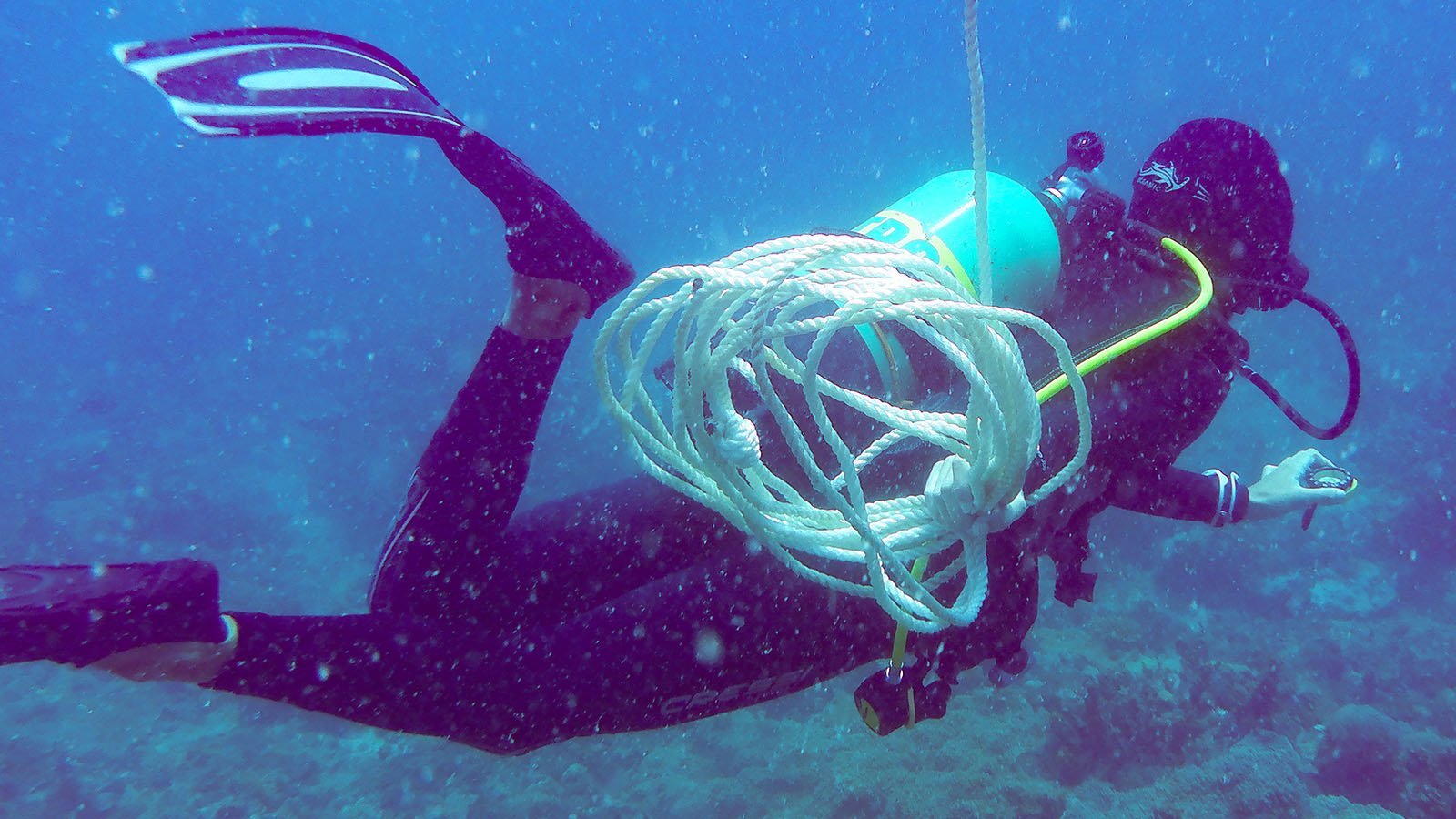 As you discovered from part 1 of this blog; the shallow lagoons in Diani contain both coral reef and seagrass ecosystems, supporting a diverse array of marine life, and providing a number of vital services such as carbon sequestration.

Our partners at the Marine Education Centre have teamed up with two research organisations and together we are supporting four post-graduate students who are collecting data between Mwachema river and Chale Island.

The two partnering organisations are Coastal Oceans Research and Development – Indian Ocean (CORDIO) and Kenya Marine and Fisheries Research Institute (KMFRI). The CORDIO project is via a second partnership with Allen Coral Atlas (ACA) who are conducting ground-truthing surveys globally, to map the world’s coral reefs. The project itself has been set up in partnership with the National Geographic Society, Wildlife Conservation Society, and a number of universities and NGOs all over the world.

The fieldwork conducted as part of the CORDIO/ACA project here in Diani involves taking hundreds of photos throughout the study area while towing a GPS. The photo is then analysed using CoralNet software to identify the animals, plants and benthos that make up the ecosystem represented in the image. Lastly, the photos are matched with satellite imagery to ‘teach’ the satellite software to recognise what it is ‘seeing’. The overall aim of the project is to use satellite imagery alone to accurately map these shallow-water habitats; it will recognise sand, rock, rubble, coral, seagrass, algae and other life. Once the software can accurately process the satellite images, scientists should be able to track changes in coral reefs worldwide. The maps can then be used to inform conservation policies to preserve and protect these vital ecosystems.

The KMFRI team are conducting surveys to determine the distribution, composition and abundance of seagrass and algal species and their associates in the lagoon. They are both photographing the benthic life and taking samples to accurately identify which species of seagrass and algae occur in a given habitat. Abundance is measured via shoot density and percentage cover within the photographic quadrats, while evidence of reproduction is measured via presence of flowers or fruit on the plants. The team also checks for presence of grazing by sea turtles, predation by sea urchins, or degradation by human practises. Overall, this baseline study of the health of seagrass and algae in the lagoon of our National Reserve will allow us to develop future studies and possible conservation efforts in the area. 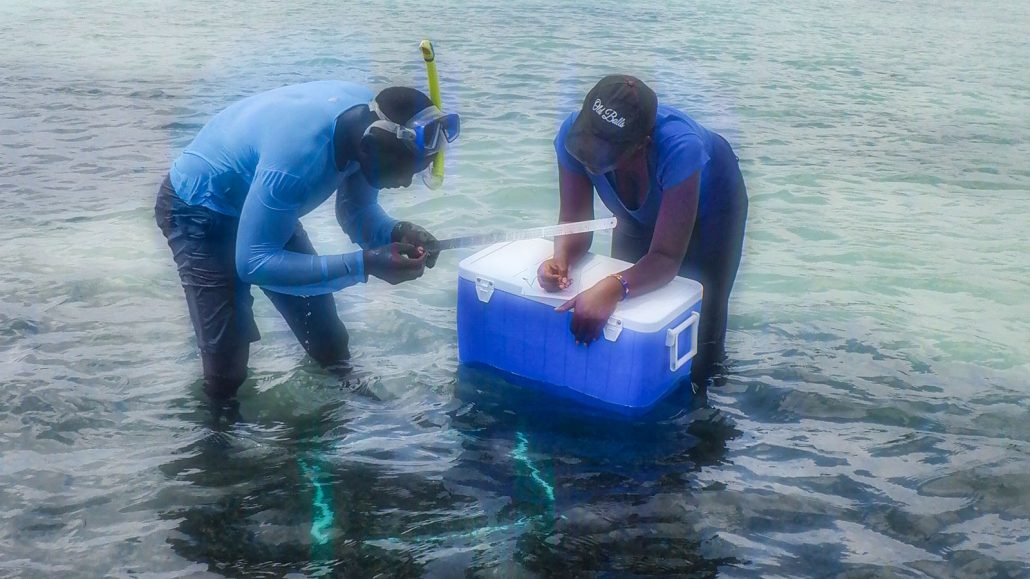 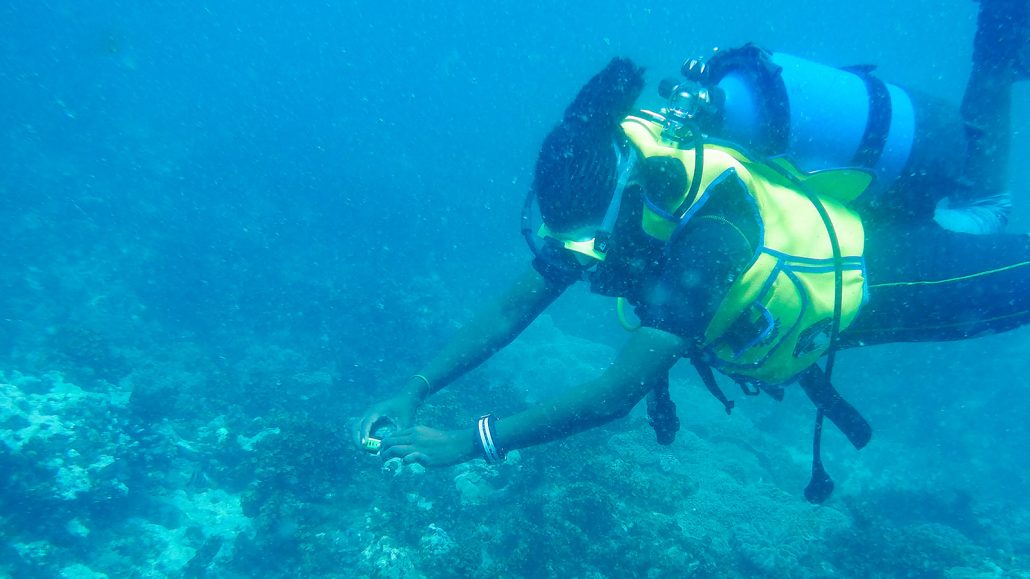 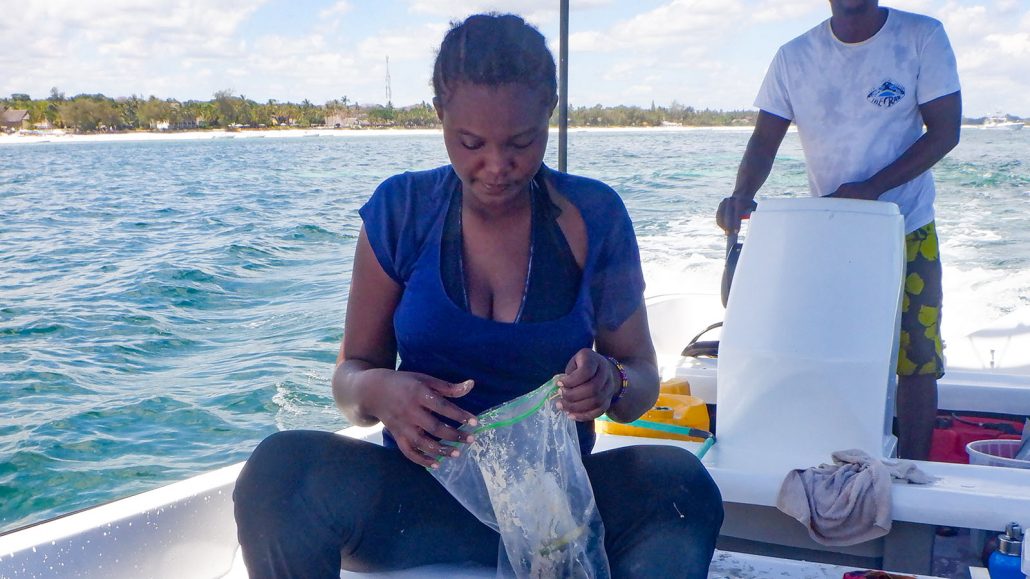