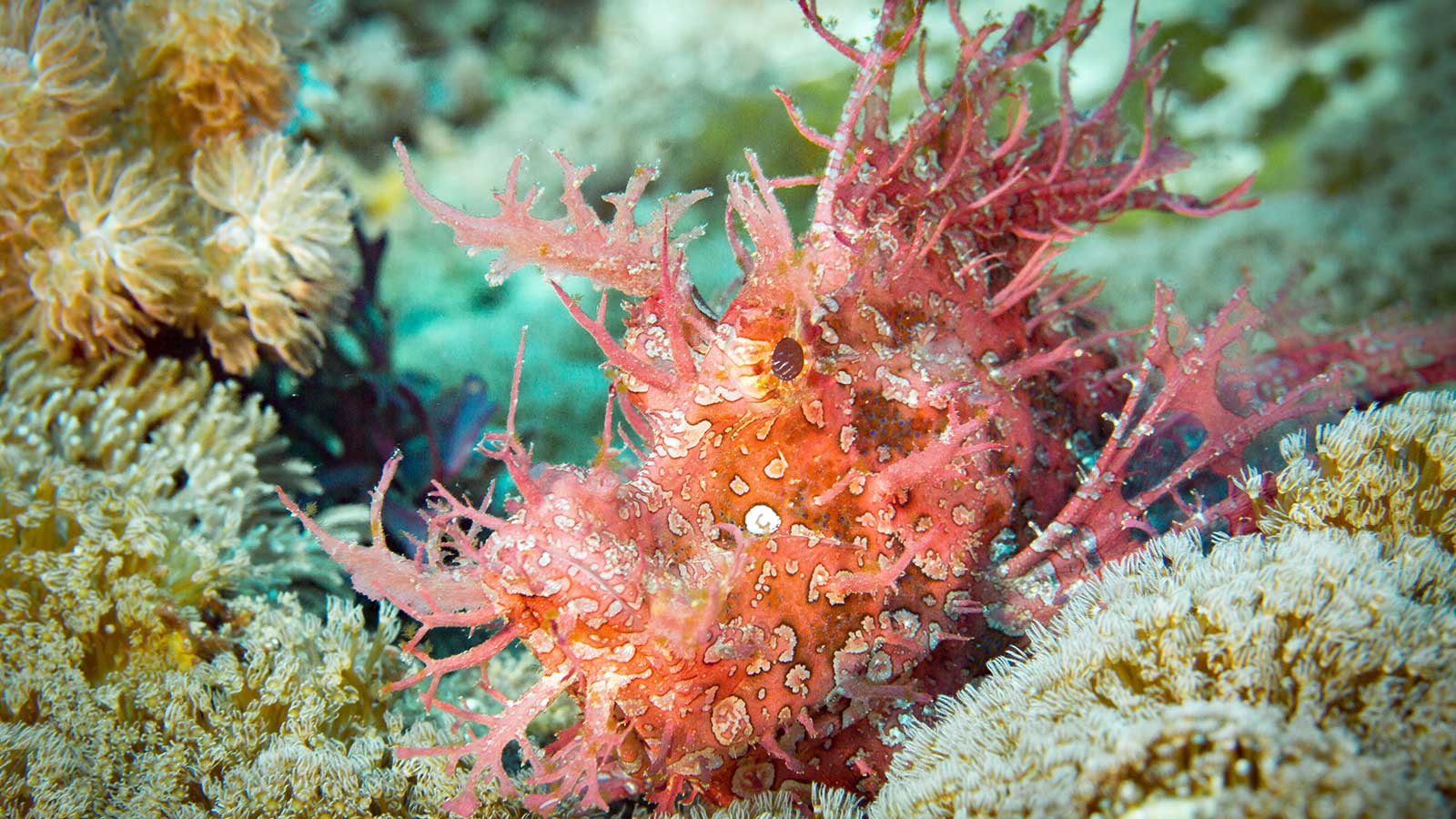 The Mtumbawe reef dive site at the Chale Marine Park is an underwater oasis, abundant with fish life and offering scuba divers the chance to see rare marine life.

The weedy scorpion fish, or to give it its proper name, the rhinopias frondosa, is one of these rare finds. It is a distinctive looking fish belonging to the scorpaenidae family. It is covered in weed-like appendages with an upturned mouth, tentacles on the nose and skin flaps covering its body. Weedy scorpion fish are an uncommon, colourful sight, usually found on the reef or rubble surrounding corals. They often appear entirely still.

Rather than swimming in the usual fish-like manner, weedy scorpion fish tend to hop or crawl on their pelvic fins before wedging themselves into strategic positions and laying in wait for their prey – usually concentrations of small fish.

The reefs around Diani Beach and Chale are constantly surprising the divers who visit them – you really never know what will be in store until you descend into Kenya’s Indian Ocean. 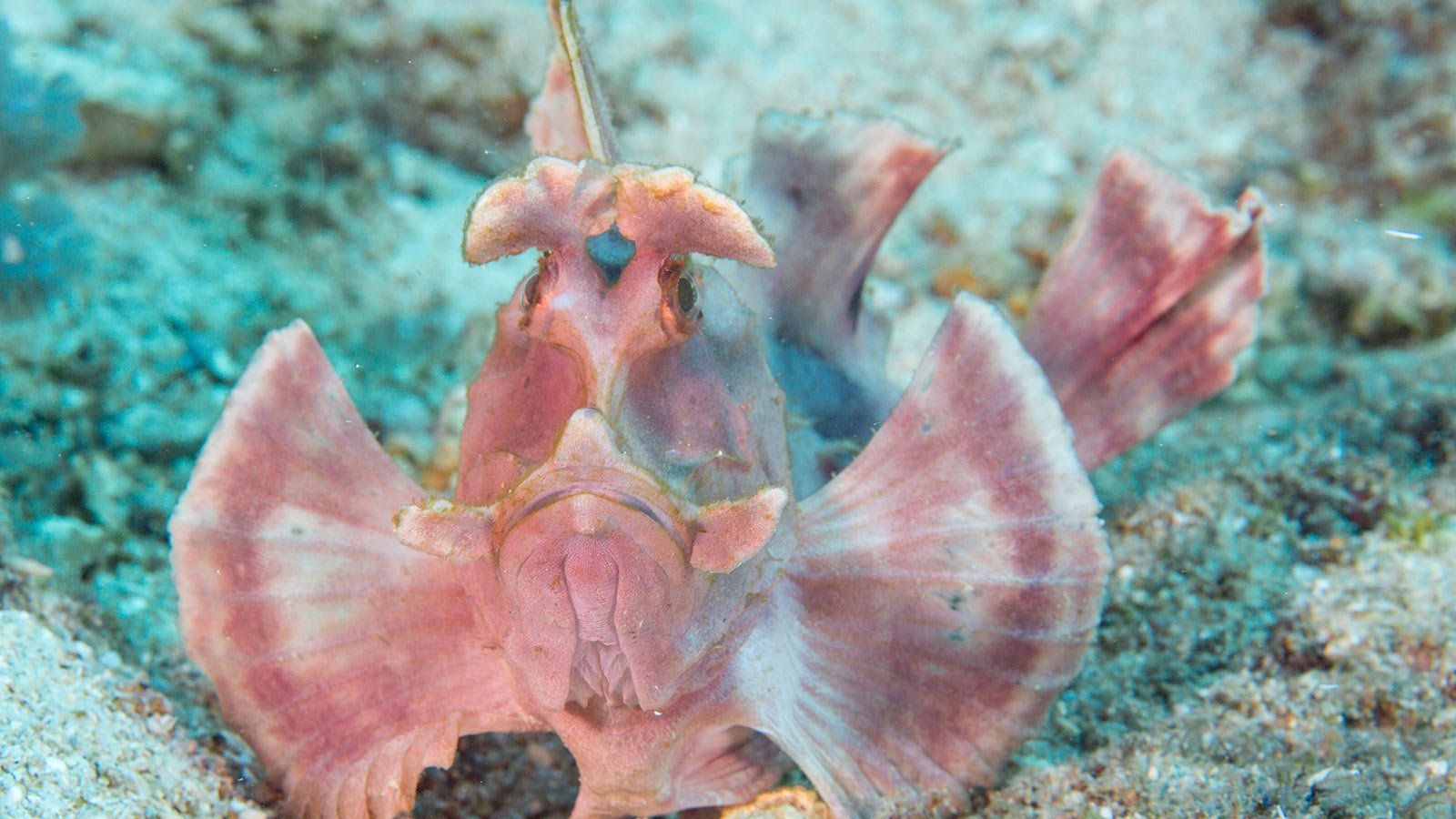 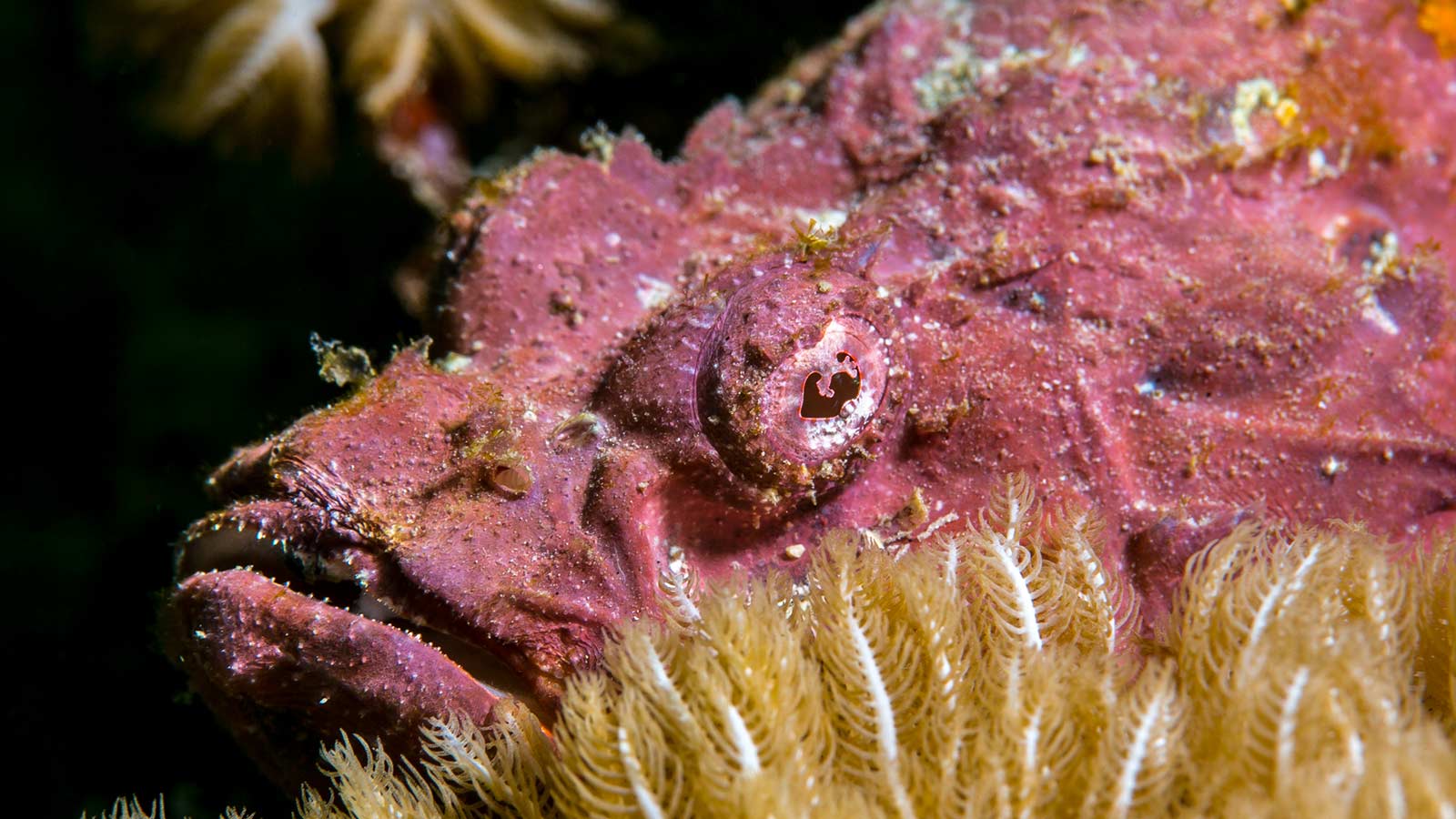 Follow Us!
Nudibranchs – a divers delight and photographers dream

A sense of adventure, a love of travel and the allure of life under the sea...