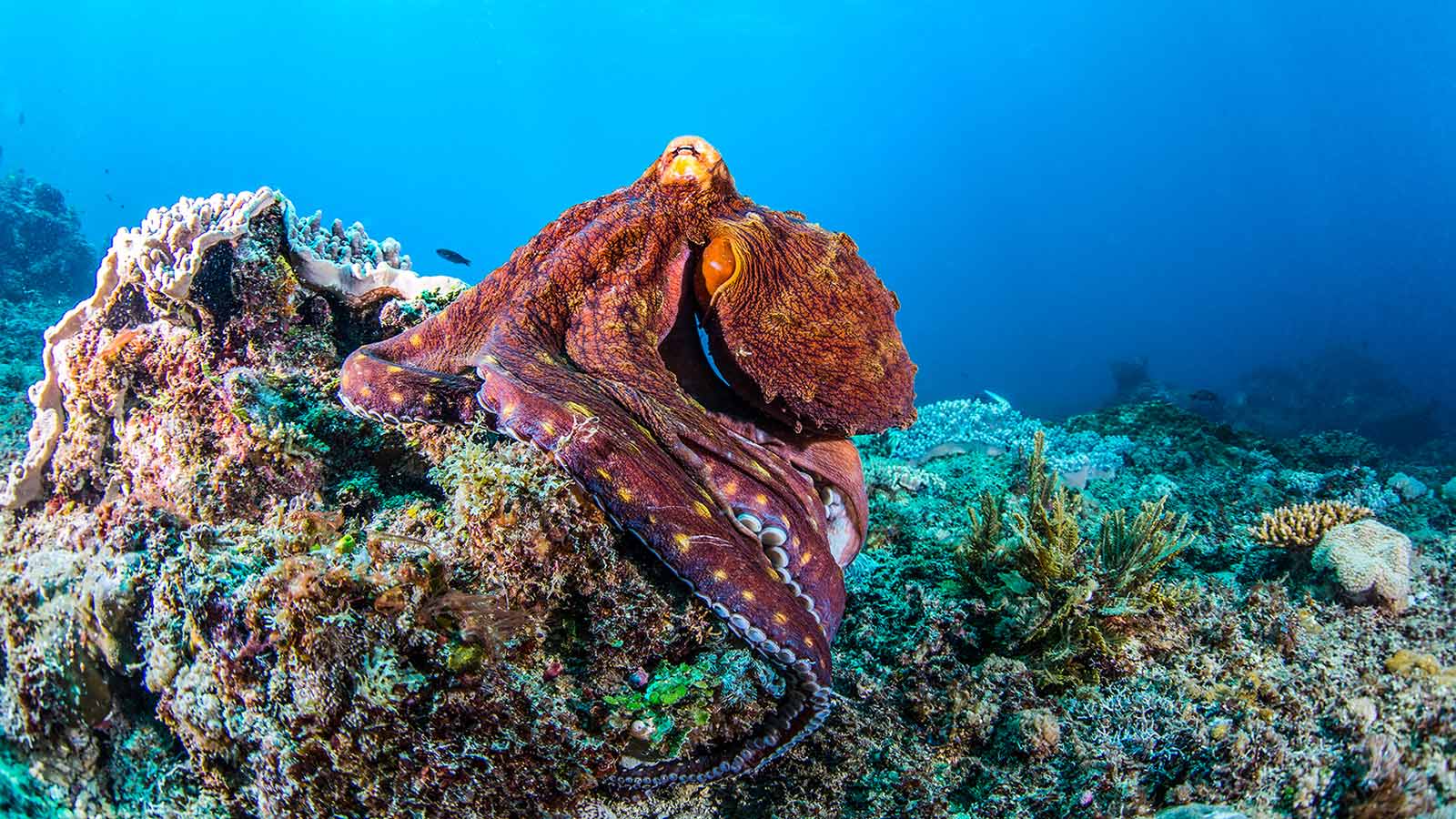 Scuba divers at Kenya’s top dive destination, Diani Beach, have more than just the incredible reefs to keep them entertained – they have Ollie the Octopus! With his large, bulging eyes, long tentacles and slinky, gliding ways, Ollie the Octopus is the emerging superstar of Diani’s rich marine life. Ollie was spotted on a recent dive where he revealed himself to be remarkably tame and curious. Displaying a penchant for entertaining, Ollie went in for his close-up and was not shy to interact with the scuba divers.

The octopus is one of the ocean’s most complex and intelligent creatures, able to modify its appearance and behaviour based on its environment and perceived threats. Despite being colourblind, octopuses like Ollie have perfected the art of camouflage. They are solitary creatures and keen mimics. This enables them to model a variety of patterns and colours and to blend in with their surroundings and avoid detection. Similarly, octopuses can alter the texture of their skin. This startling ability often lends them a translucent appearance.

And that’s not all. Octopuses, both male and female, are adept multi-taskers. An octopus’s neurons are in its arms, rather than its brain, which allows it to process information through its tentacles and achieve the impressive feat of simultaneously performing an array of tasks using eight different appendages.

Yet, for all its many talents, the octopus is curtailed by a limited lifespan of only three to five years and is not the dominant ocean force it might have been.

Join the Diving the Crab team for a dive into the octopus’ world for the chance of a close encounter with the likes of Ollie as well as a whole host of other fascinating marine creatures that make the dive sites around Diani Beach their home. 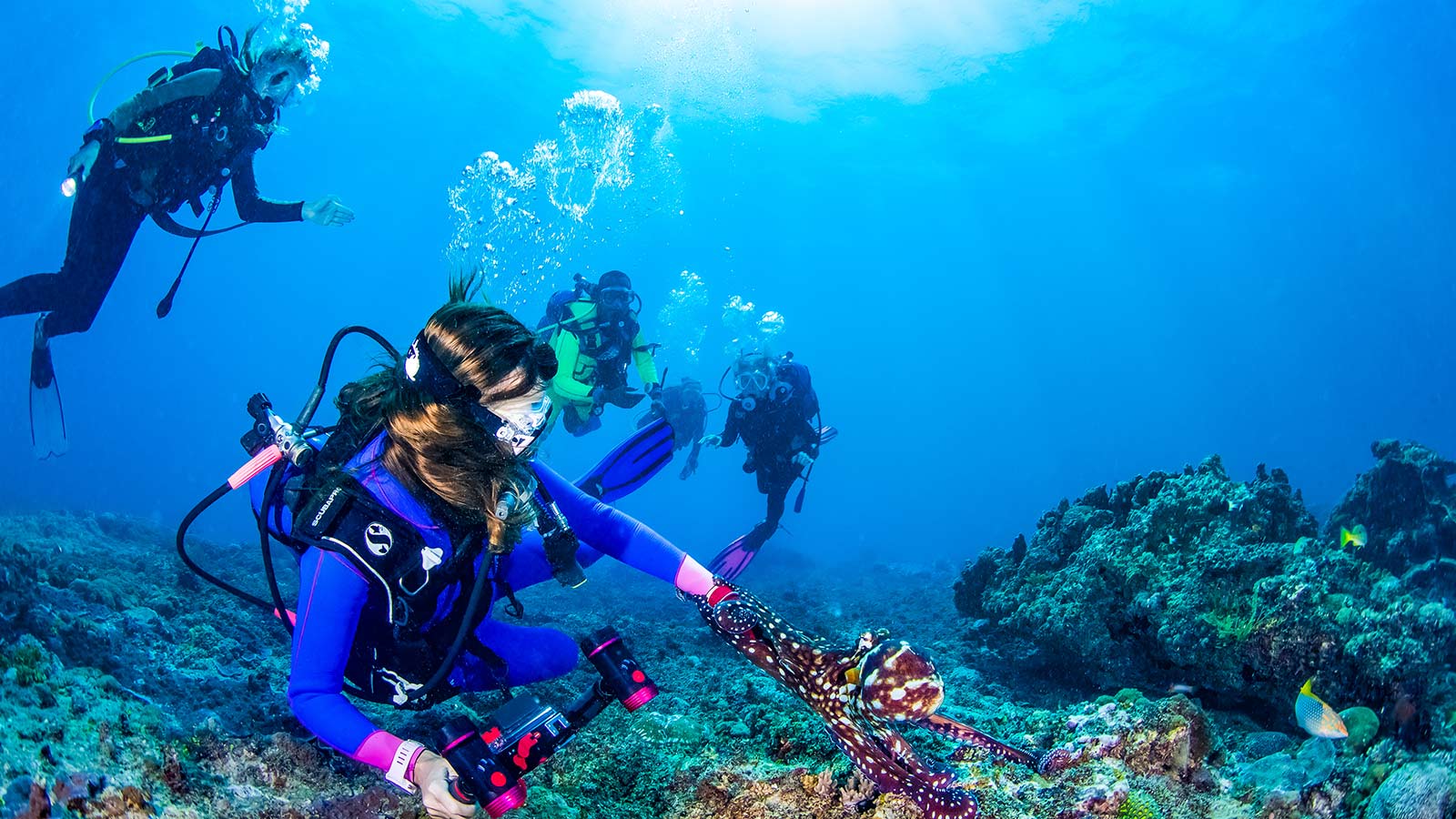