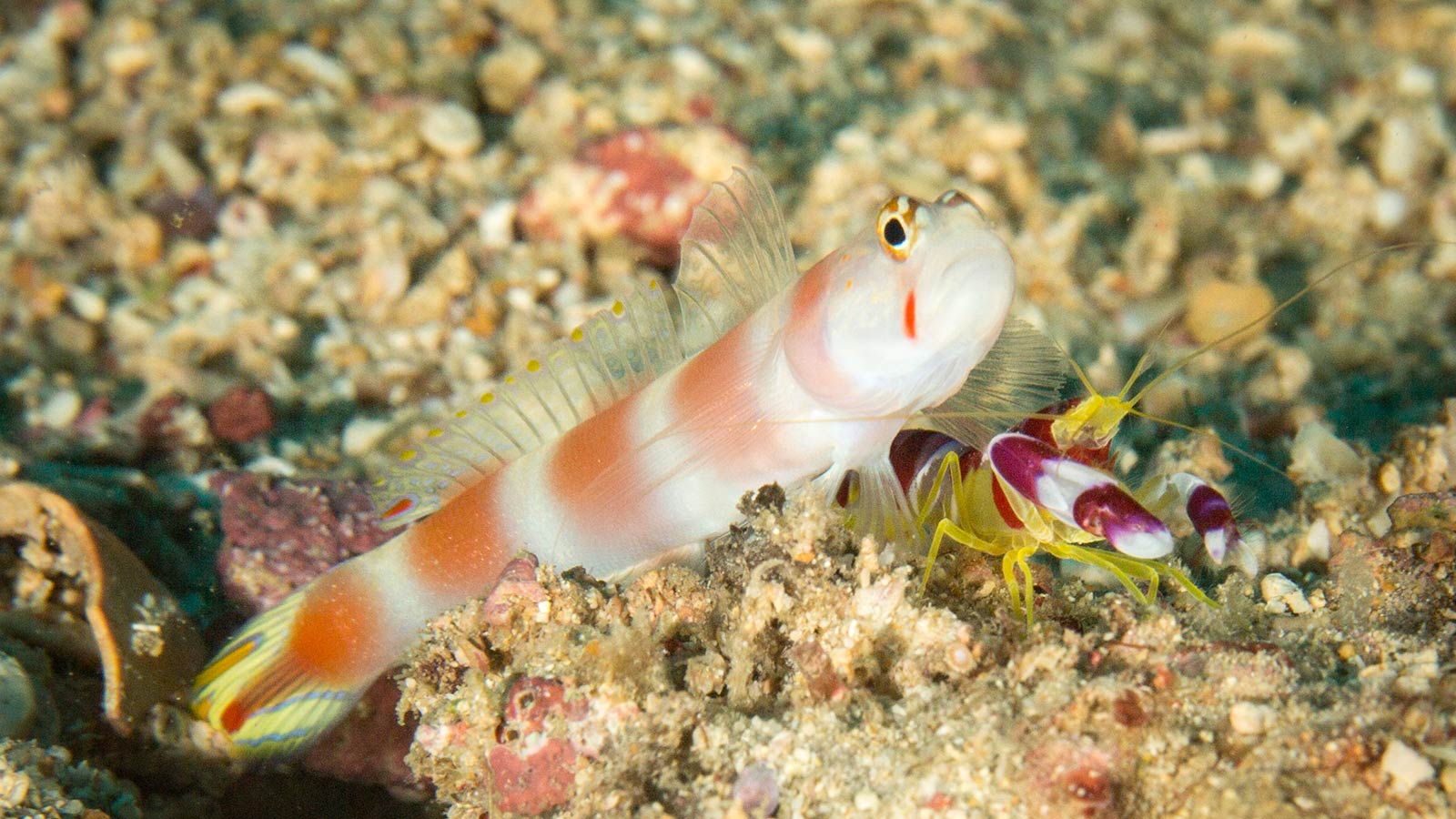 Symbiotic relationships are an intriguing facet of the natural world, none more so than the tale of the Pistol Shrimp and the Orange Banded Prawn Goby.

These fascinating critters have developed a highly elaborate and evolved partnership. While the shrimp builds and maintains a burrow for both creatures to live in, the less practical goby offers the partially sighted shrimp some protection from predators. Whenever they venture outside of the burrow, the goby watches for predators and warns the shrimp with a flick of its tail if one is nearby.

The shrimp also has a powerful secret weapon. When its unusually large claws snap together, it generates a burst of sound and what could best be described as a succession of weaponised bubbles, which can stun its prey – including snails and small fish.

The aptly named pistol or ‘snapping’ shrimps form large colonies on the seabed, usually with their ally, the goby fish, in tow.

Follow Us!
Whalesharks in Kenya – the ocean’s gentle giants

The most wonderful time of the year!