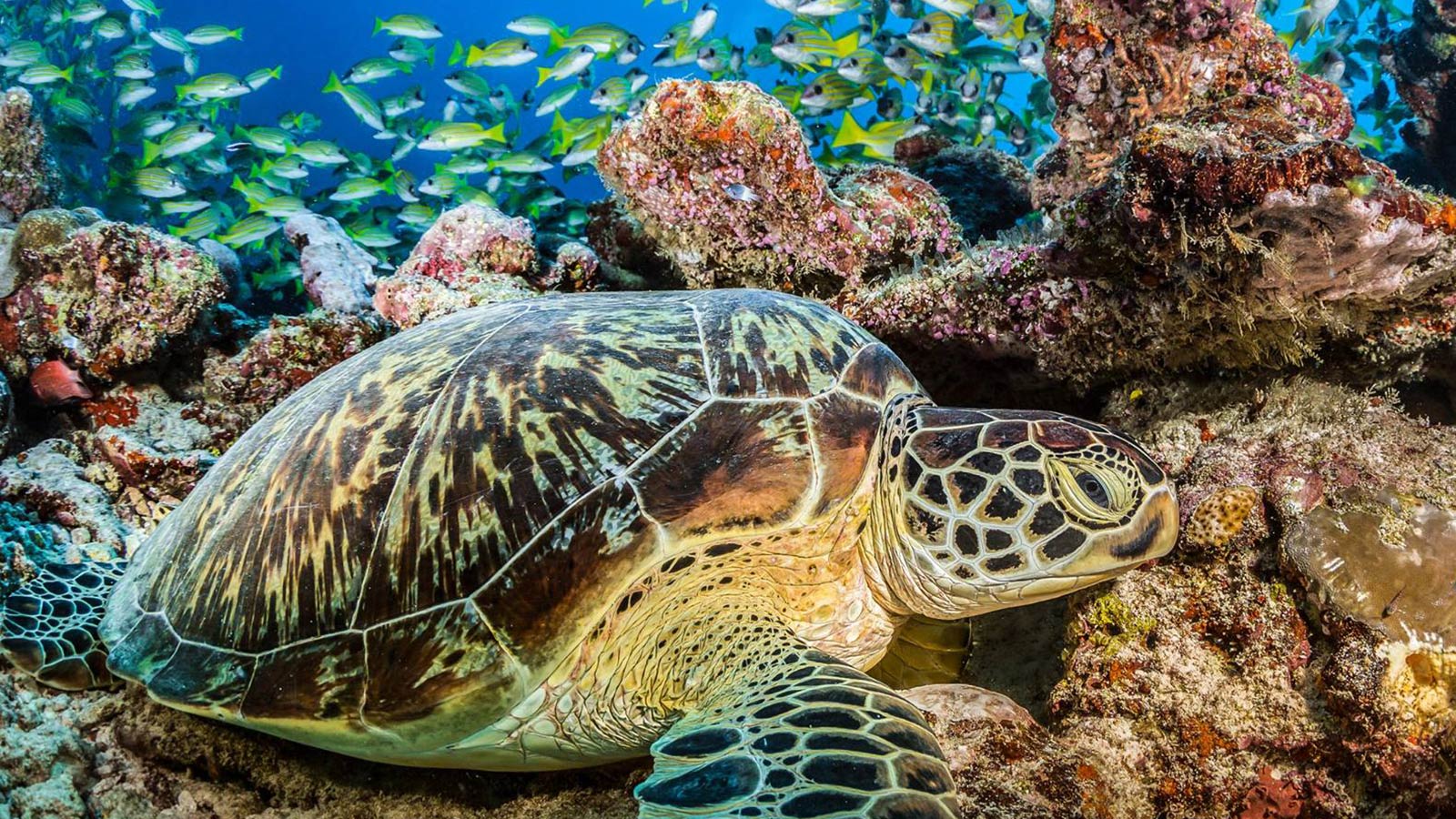 How to spot one turtle from another? Enlist the help of an expert.

Our new marine biologist, Jenni Choma, has launched a turtle identification database. In her first 22 dives in Kenya, Jenni sighted 58 turtles. By simply photographing these turtles she was able to identify them as individuals, as turtles all have a unique pattern of scales on the sides of their face. 53 of the 58 turtles sighted were Green turtles, and of these, 34 different individuals were identified.

10 of the total 38 identified turtles have already been re-sighted, which is expected as turtles have their favourite spots on the reef. Galu dive site, our very own turtle point, has the highest sighting rate for turtles with up to 12 individuals seen per dive, and it also holds the record for the highest number of identified turtles so far with 22 of the 34 Green turtles.

Male turtles have so far proved to be a rather elusive find, though their behaviour differs from females and they tend to appear most during mating season. Of the 34 Green turtles identified, 6 are female, leaving 28 young juveniles. However, 3 of the 4 identified Hawksbill turtles are female, leaving only 1 juvenile so far.

The sex of a turtle can be distinguished only once they have reached a mature size, classified as 70cm for Green turtles and 60cm for Hawksbill turtles. Once at this size, a male has a long tail and a female has a short tail.

So next time you go diving in Diani, pay close attention to the facial pattern and size of the turtles you encounter!

If you’d like to submit a turtle sighting, please contact Jenni at marinecenter@thesandskenya.com with the date and location of the sighting and, ideally, a photo.

Follow Us!
Artificial Reefs – The beauty of the MFV Fungo