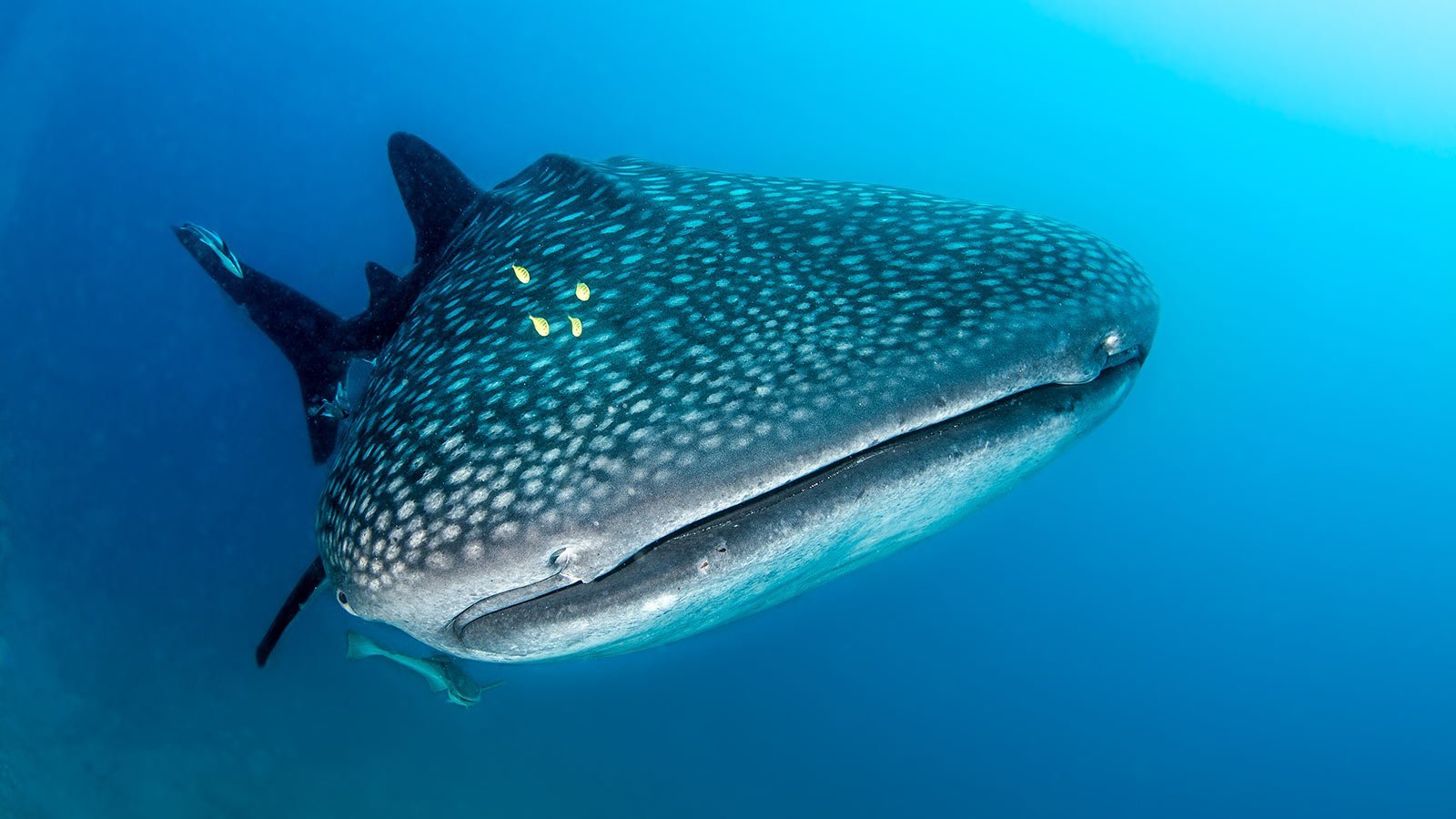 The magnificent whaleshark, a giant of the ocean, is also one of its most vulnerable species. This acute paradox is due largely to the impact of commercial fisheries, which have targeted whalesharks. This has resulted in a notable reduction in sightings. There are believed to be around 7,100 whalesharks in the world’s oceans.

It makes the whaleshark’s star turn along Kenya’s stunning coastline, during the annual whaleshark migration from October to March, all the more special. The whaleshark travels long distances to reproduce and in search of food to sustain its titanic size – as the largest fish in the sea, the whaleshark reaches an average size of 12 metres (39ft).

Whalesharks (or, to give them their proper name, rhinocoden typus) are docile creatures. They are not meat eaters and feed on plankton (tiny plants and animals); their large mouths passively filtering everything in its path.

The whaleshark inhabits warm waters. Divers looking for a chance to swim with these majestic animals will relish our Papa Mashilingi dive site, which takes its name from the Swahili name for whaleshark. The site is alive with an array of corals and fish life, which attracts everyone’s favourite gentle giant during the whaleshark migration.